The song “Walk of Life” by Dire Straights in their 1985 album, Brothers in Arms is a very upbeat song that talks about a street musician that is happy with his life despite his seemingly poor circumstances. This song teaches us a lot about being content with our lives and just to be happy. Some lines related to these themes are:

To me these lines convey a sense of happiness and joy surrounding Johnny even though he is struggling to “make it pay.” I think the overall message that this song is trying to show us is to be happy with what we have and enjoy life more. 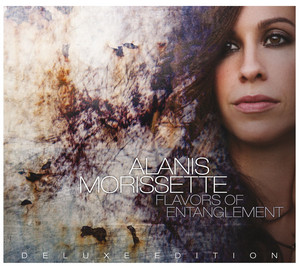 Biggering by The 88, a song from the album Dr Suess’ The Lorax, was one of the original songs that was suggested to the soundtrack. In the end, “Biggering” was passed over in favor of How Bad Can I Be, the more upbeat version. The song was created as a way for the Onceler to express his justification for the creation of his corporate empire at the cost of the environment. The reason for this switch is due to the fact that “Biggering” goes much, much deeper into creating a theme about greed and its cause, pride.

The story goes that the Onceler started out content with what he had, but as business grew, he began expanding, he slowly gave into greed. The Onceler justifies it as “Pride,” but the Lorax responds:

I’m going to say this once, and I’m not gonna repeat it

Greed ya see, it’s like a little pet, alright?

The more hungry it’ll get

The usage of both simile and personification in this shows that the Lorax believes that the Onceler can not solely blame greed for his increasingly rash actions, because the Onceler was the one who “fed it,” which has caused that feeling to grow stronger. It builds the idea that greed is a cycle that can’t stop unless the person stops giving in, which the Onceler did not.

The Lorax says that greed isn’t the root of why the Onceler is biggering. Instead, he blames pride:

You see, it’s gotta worm inside

It’s one that always needs to feed

And it is never satisfied

But the more you try to find it

The more it likes to hide

The “worm” hidden inside of the feeling of greed is pride. The Lorax shows that the reason greed is so powerful is because it’s hidden, so you can never see what is truly powering your actions. The way pride and greed are continuously referred to as living things is the Lorax’s way of saying how they can shift and grow, and how they almost seem to think for themselves.

The Onceler, however, tries very hard to justify his actions without calling himself negative things like “greedy.” At the very start of the song, he talks about how he was content as he was.

I had a little cottage

And that cottage was enough

A place where I could sit and knit

A place where I could sell my Thneeds

But now I’ve had a little time

To re-assess my needs

The lyrics here show that very quickly his opinions on how his business should be run changed. The line about “reassessing his needs” was likely the very start of when he began to get greedy, although later he justified it as:

A company’s an animal

Just to keep itself alive

Throughout the song, personification is used over and over to show how feelings are always changing and growing, and not always in positive ways. The metaphors are there to show how similar things like companies can be to those changing emotions. The song “Biggering” is meant to show how it’s so easy to slip into actions beyond what you can reasonably justify.